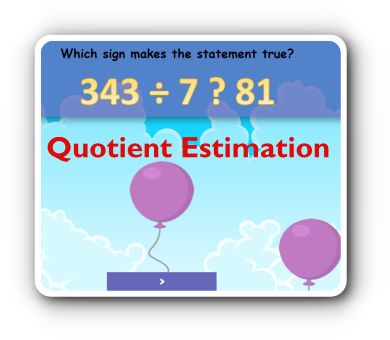 How to estimate the quotient 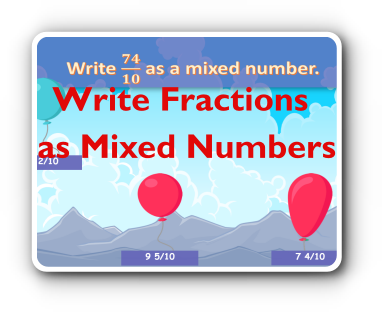 How To Do Decimal Division 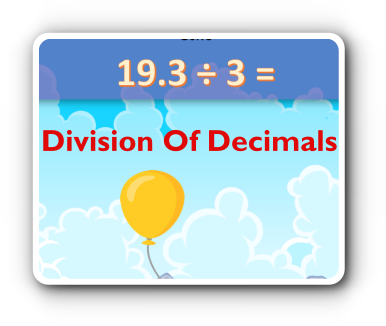 Division of decimals by whole numbers

Divisibility rules for 4 or 7 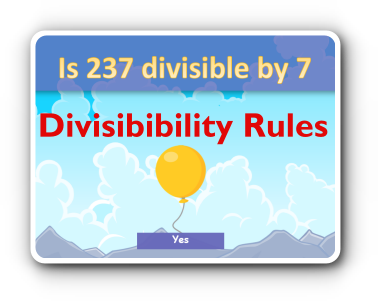 Learn what is the rule of divisibility 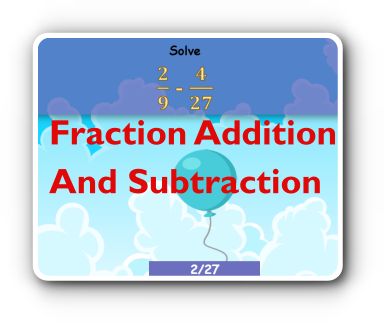 Learn how to add and subtract fractions 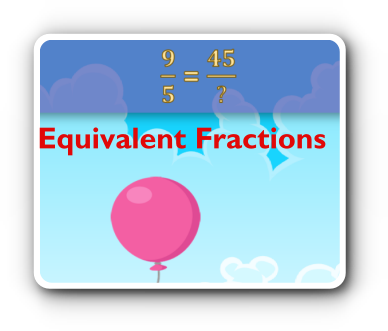 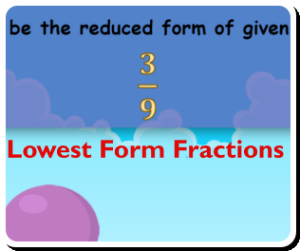 Learn how to simplify fractions 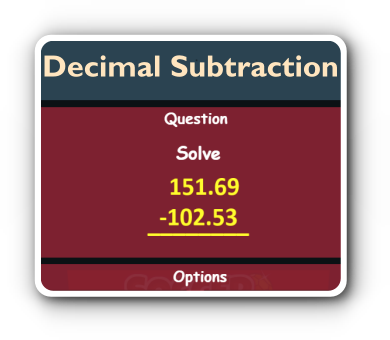 Practice how to subtract with  decimals 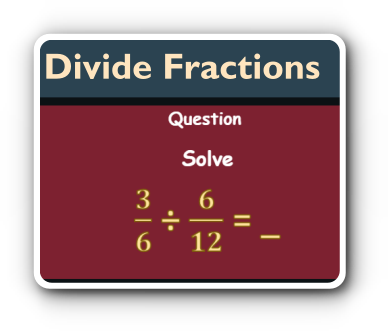 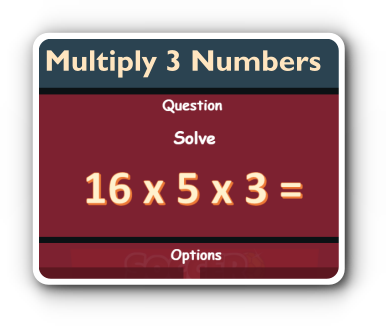 Learn how to multiply three digits 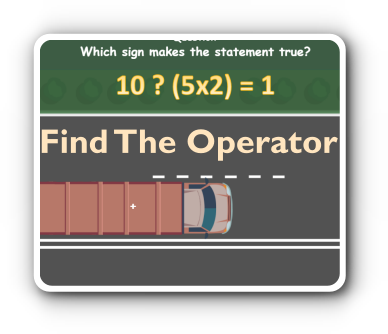 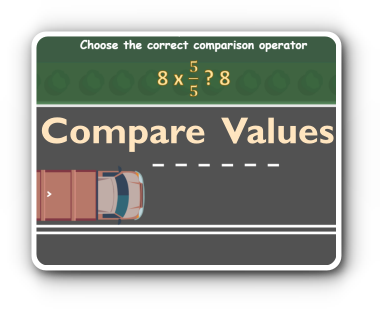 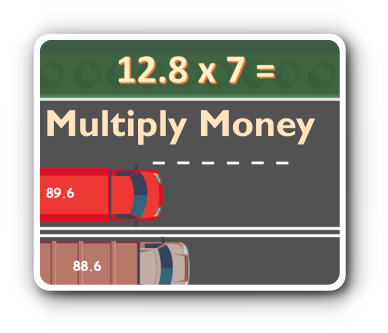 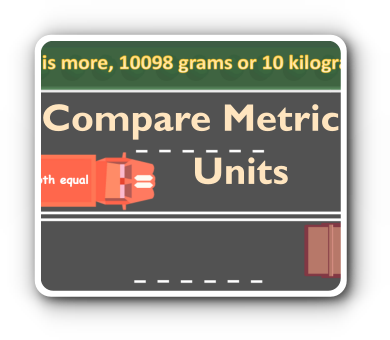 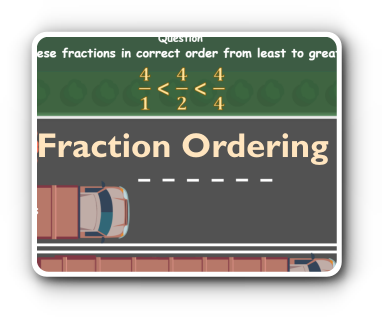 Starting with the ‘Estimate the Quotient’ game, your children can begin finding the Quotient through challenging division equations. With compelling division problems, they can advance towards more complex mathematical equations in a short amount of time. Simultaneously, children can master both math and games. It is also a great step into knowing how to do fraction division, which is perfect for practicing the other games on the website.

As the Writing Fractions as Mixed Numbers game is just as interactive as the last, this will strengthen the concepts of how to convert improper fractions to decimals. Since children know the concepts, practicing them in a stress-free environment will only improve their knowledge. Moreover, like the last game, it is also followed by another game, which focuses on decimal division.

The ‘Decimal Divison’ game is just as effective as a division with decimals worksheet and is perfect for fifth-grades to practice their concepts. With the right answers in front of them, the game makes it even easier for kids to understand and play. Additionally, the concepts of division are further strengthened with the next game on the page, which focuses on the rules of dividing by 4 and 7.

Moreover, the ‘Divisibility Rules for 4 and 7’ game is ideal when they move on to long divisions algebra 2 and will be tested on this concept. Even though the game is a fun experience, it teaches children the rules they need to follow, when it comes to dividing by 4 and 7.  After your children have finished this game, they can choose another from the list of games for their age, or even those that older students play.

Next on the list of easy-to-play games is the ‘Fraction Addition Game’. The concept is mildly challenging but with the game’s concept and interactivity being easy, children can enjoy learning about fraction addition problems. Usually, fraction addition and subtraction are difficult to grasp, especially when it requires quick doing mental math. Hence, this game makes that learning process much easier with constant practice and a fun environment. Your fifth-grader will have a smooth transition from lower to higher difficulty, as they move forward in their learning.

However, since fractions are already introduced, ‘How to Find Equivalent Fractions Game’ takes the next step and helps fifth-graders learn how to identify equivalent fractions. With additional games and resources, your children can learn this and multiple other concepts, without facing any difficulty. As the concepts advance so do the games, so the website offers games for just about every grade.

Another difficult concept made easy to understand is fifth-grade decimal subtraction. Just like adding, dividing, and multiplying decimals, step-by-step instructions help your children understand the ‘Subtraction in Decimals’ game. Though it is simple enough to play and understand, it requires a basic grasp of the concept before the game helps children practice. Since this game is popular, you can find more just like it while scrolling through the website.

Helping children learn how to do fraction division becomes easier when they practice it on the website’s Soccer-themed games. Therefore, once they play the animated ‘Fraction Division and Multiplication’ game, children can have an appealing soccer game to play and improve their skills to help them solve any fraction division worksheets for 5th grade. The concepts they learn here will help them with their schoolwork and lessons.

Now, Fifth-grade students have many concepts to master when it comes to maths. Therefore, the ‘Multiplication with Three Digits’ game is best as it helps students have a strong base understanding needed to practice. Once children have learned this skill, they can move on to more complex concepts such as multiplying fractions in 5th grade. The game makes complicated mental math much easier, so fifth-graders can become experts in triple-digit multiplication.

Additionally, the ‘Missing Operation Sign’ rapid-click game helps fifth-graders practice different multiplication, division, subtraction, and addition concepts by making them use mental math. When they try to find the missing symbol, they practice all their concepts to get the right answer, which is recorded and displayed to help children keep track of their score. Since the game encompasses all four math concepts, children will improve their overall skills, which will also make it easier to play the rest of the math games offered.

For example, the ‘How to Scale Whole Numbers by Fractions’ game is the best way for fifth-graders to practice how to multiply fractions by whole numbers. With an easy interface and gameplay, children can understand the concept much better as it is a stress-free and fun activity instead of a strict, lesson-based one. As there are multiple fraction games on the website, they can choose one to match their aptitude and start there.

Moreover, your children can improve their knowledge and concepts by practicing with the ‘Convert Mass Measurement Units’ game. This, once more, celebrates your child’s accomplishments with each score by displaying it on the scoreboard.

The website also has the option of helping your child recognize the greater and smaller fraction amounts. When they play the ‘Ordering Fractions from Least to Greatest’, they can comprehensively understand fraction comparing and ordering. With the concepts firmly instilled, your children can learn and practice them without becoming overwhelmed or derailed by the thought of being tested, since the game is engaging and interesting.