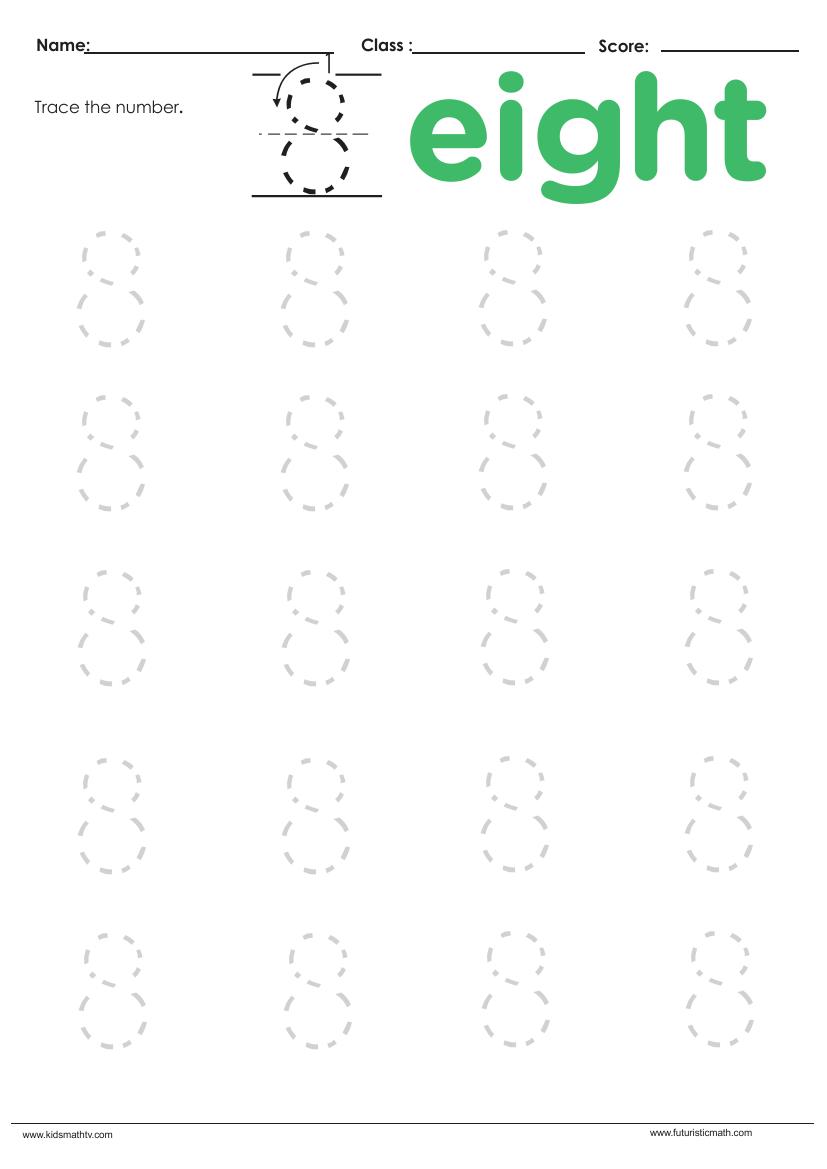 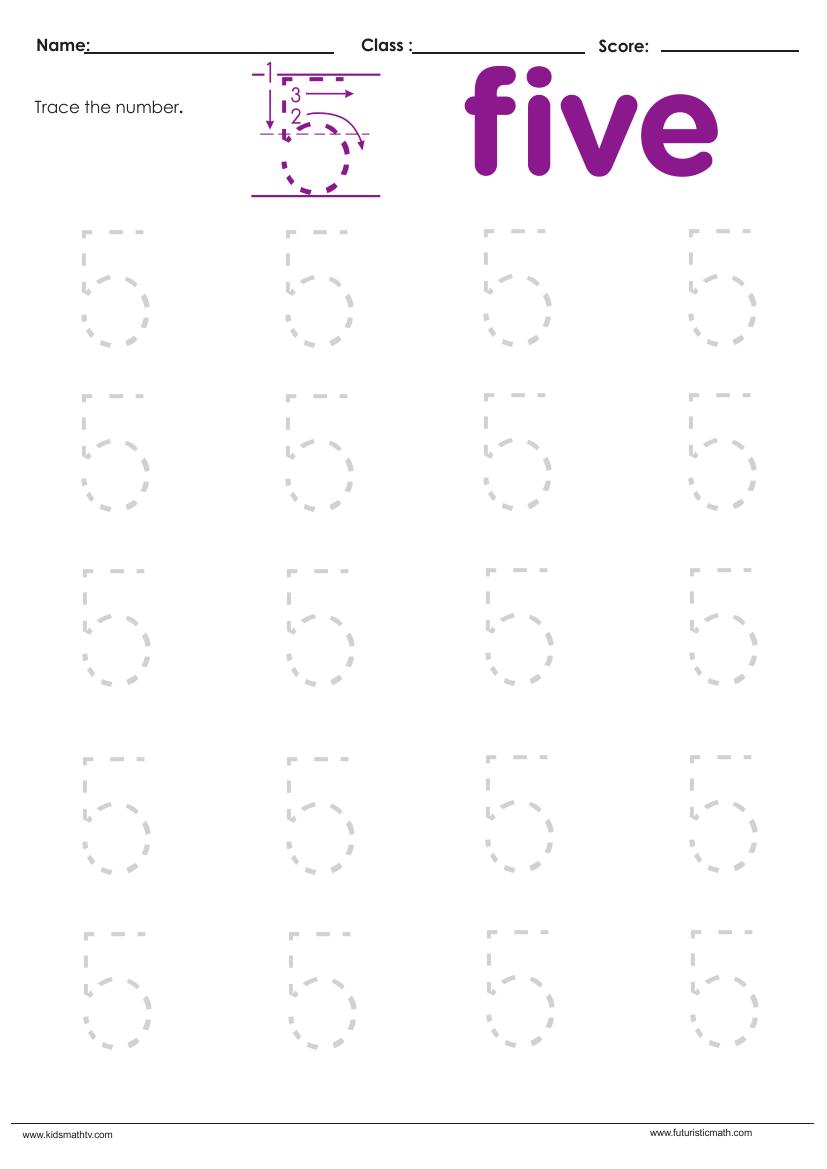 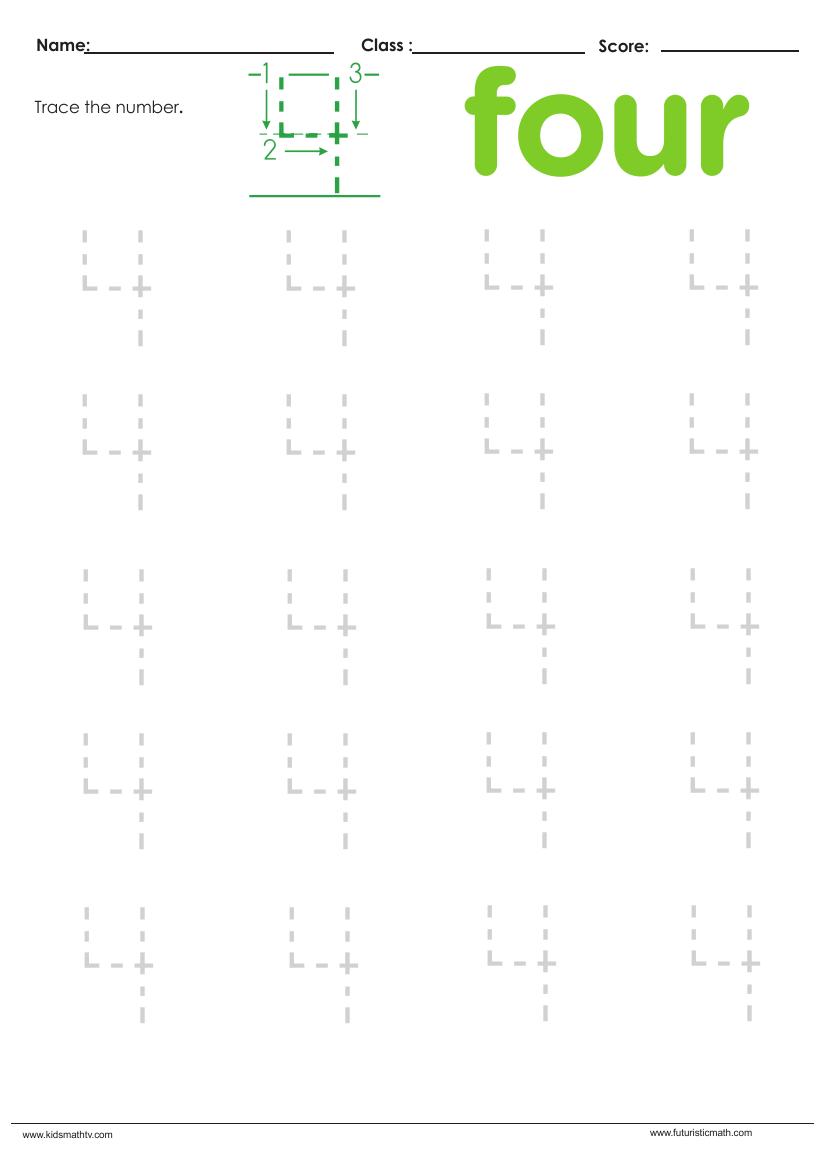 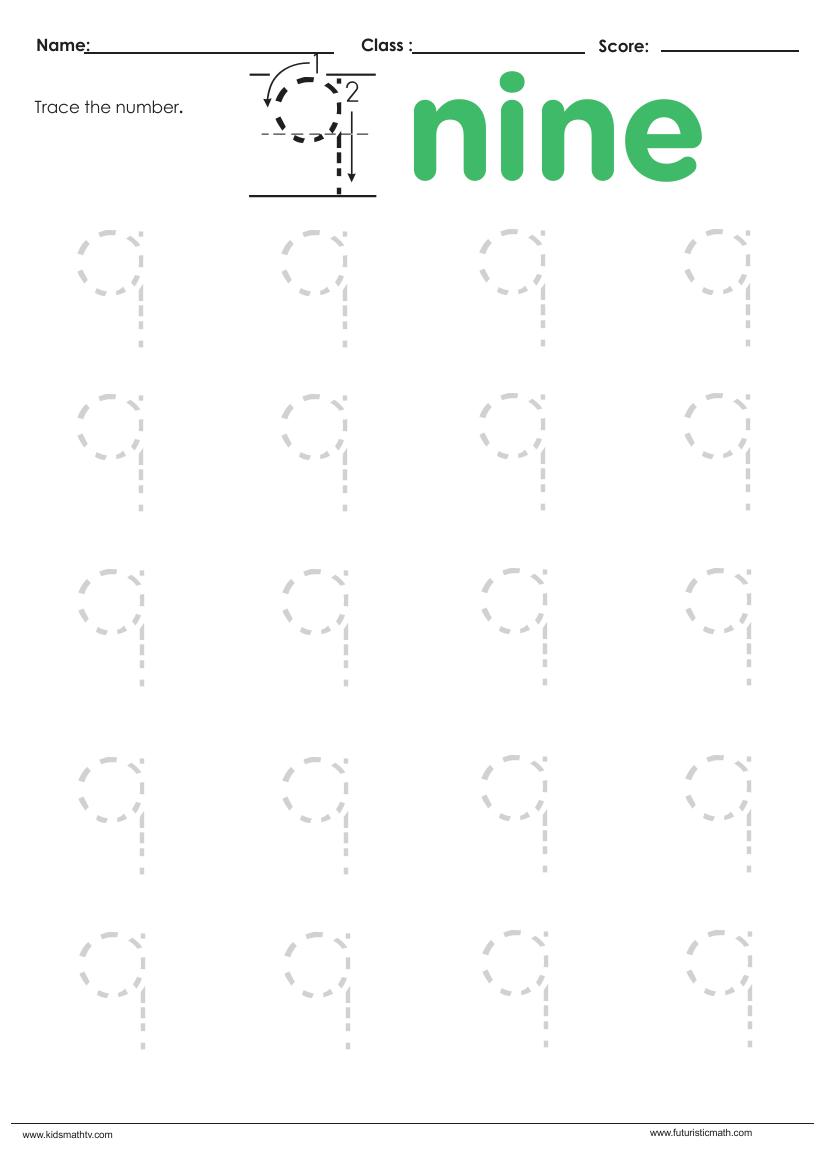 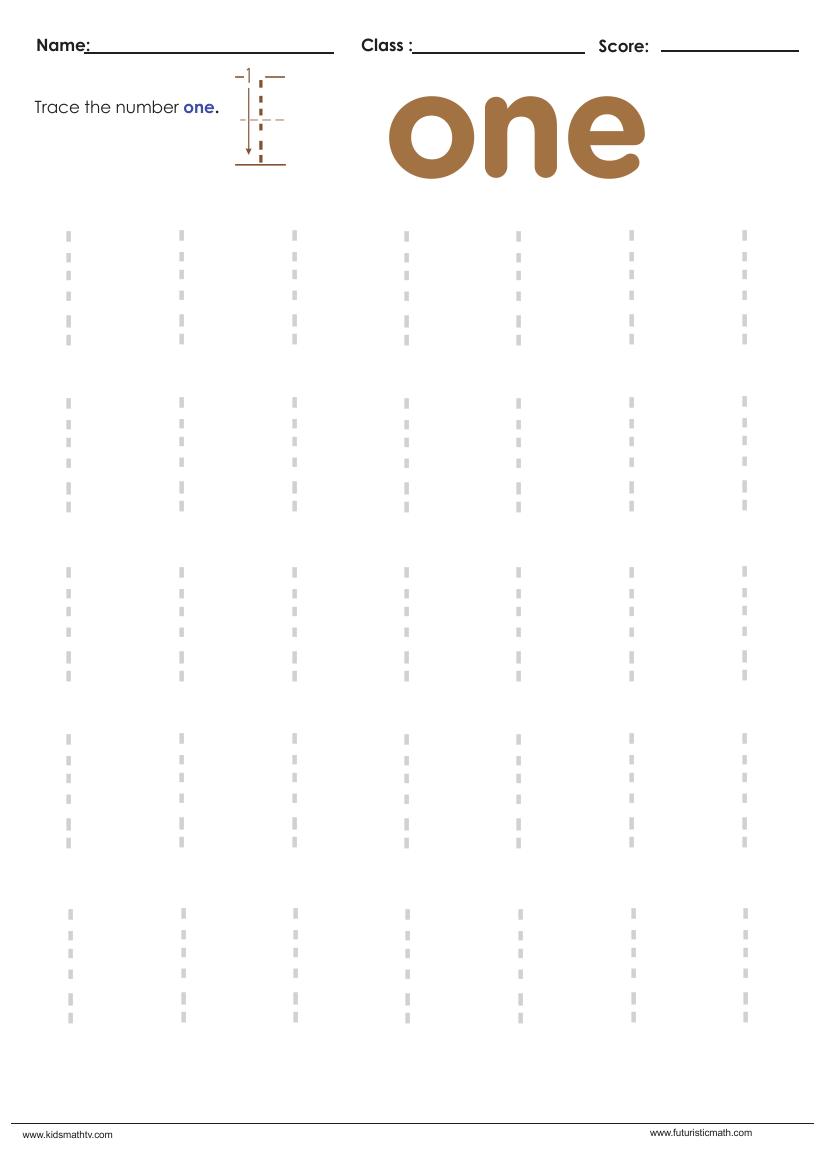 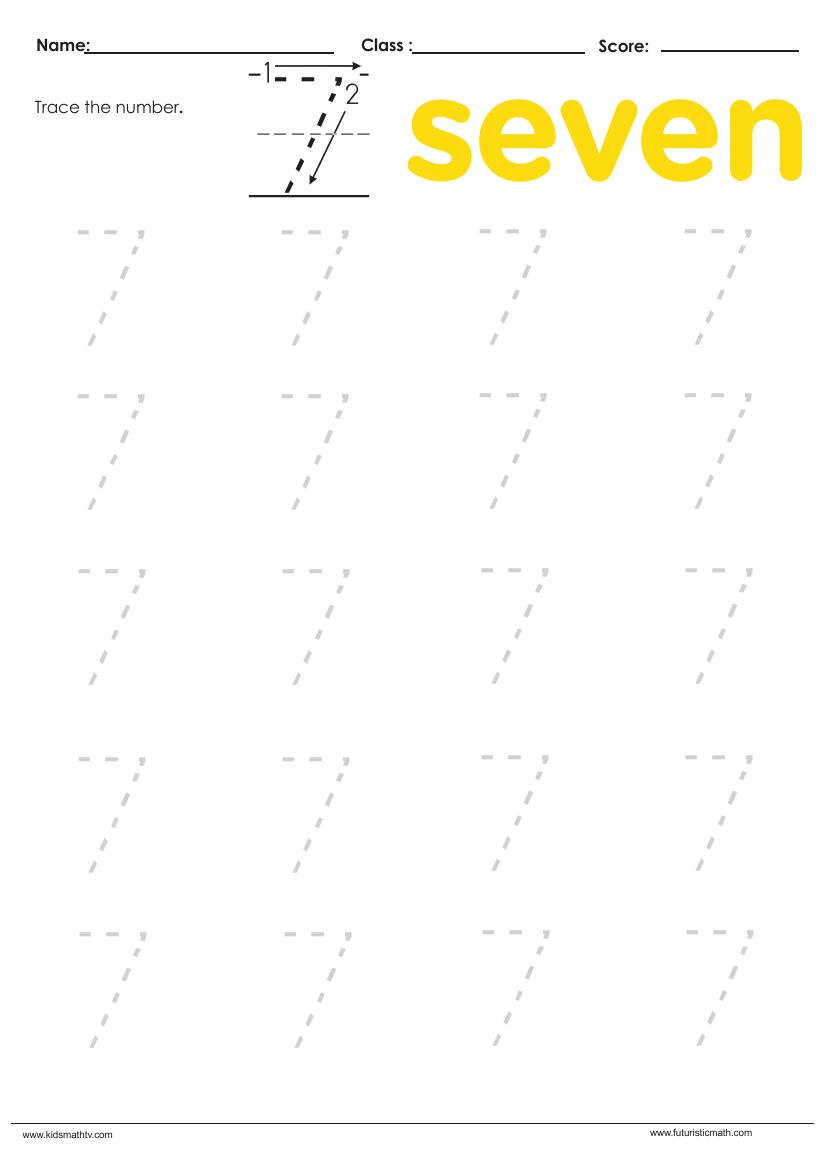 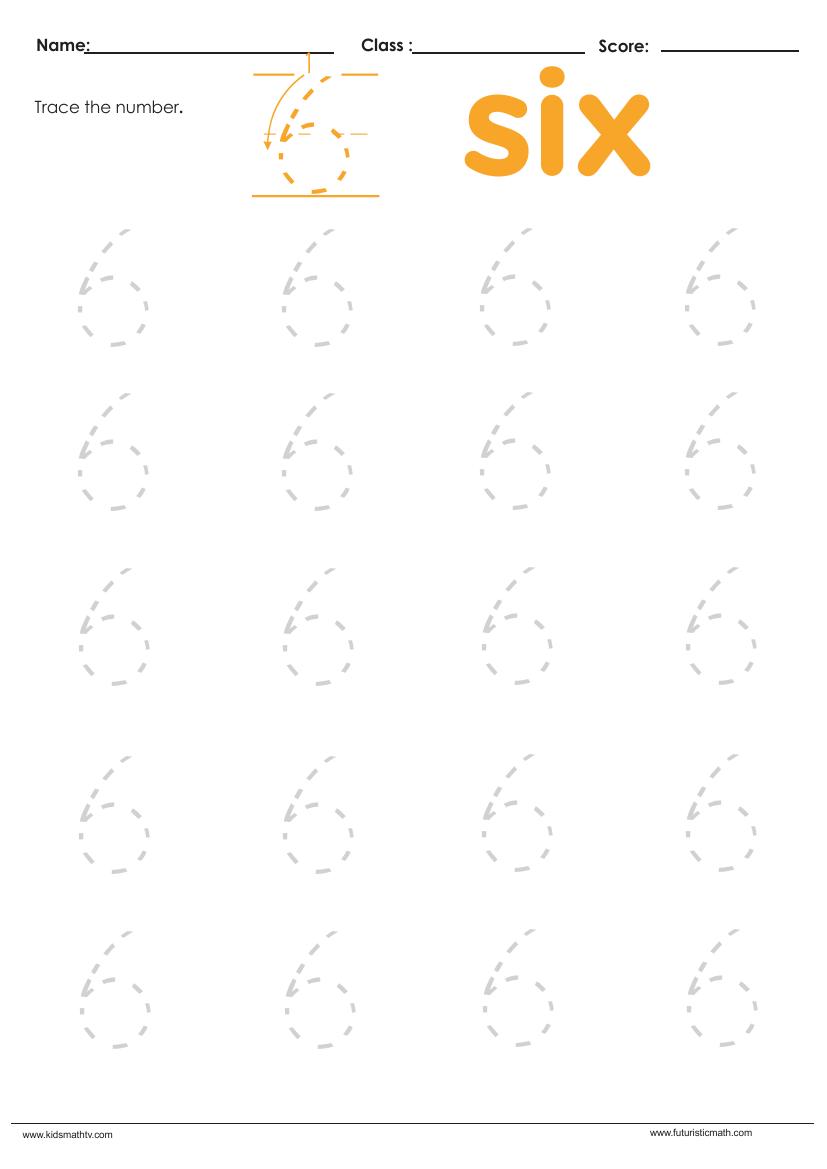 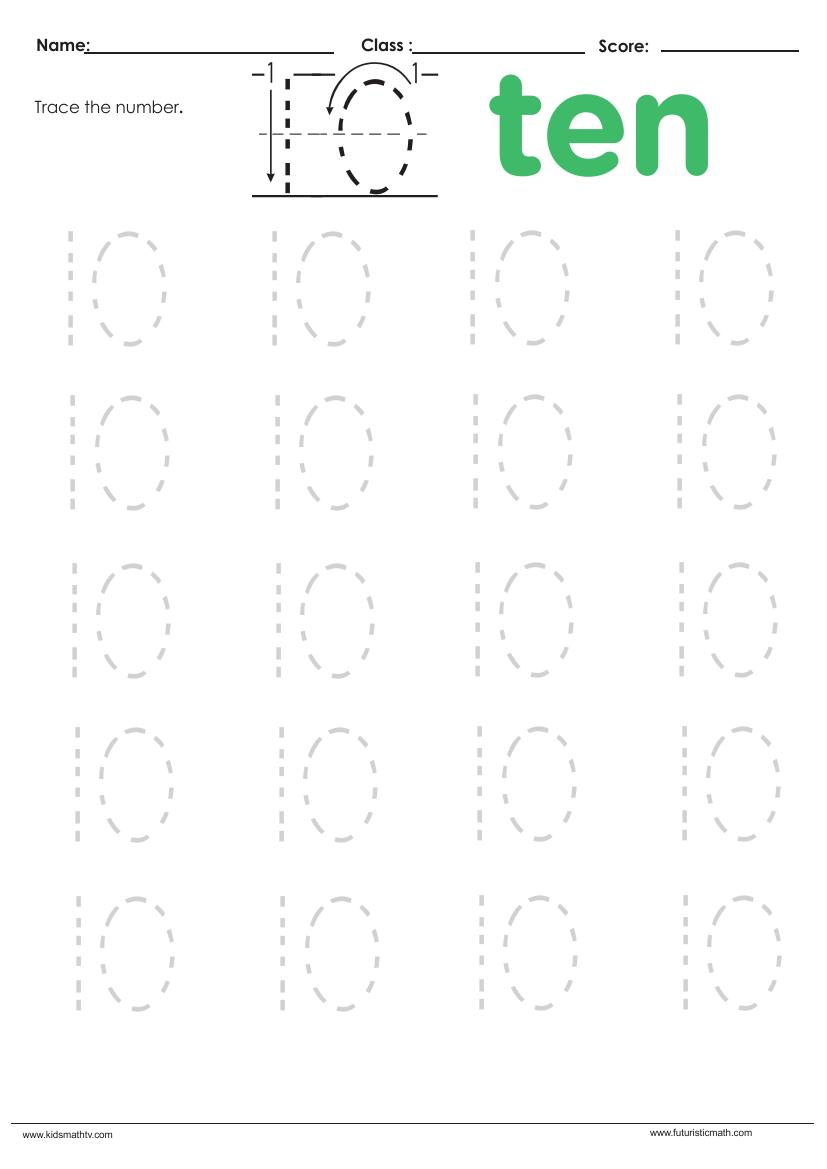 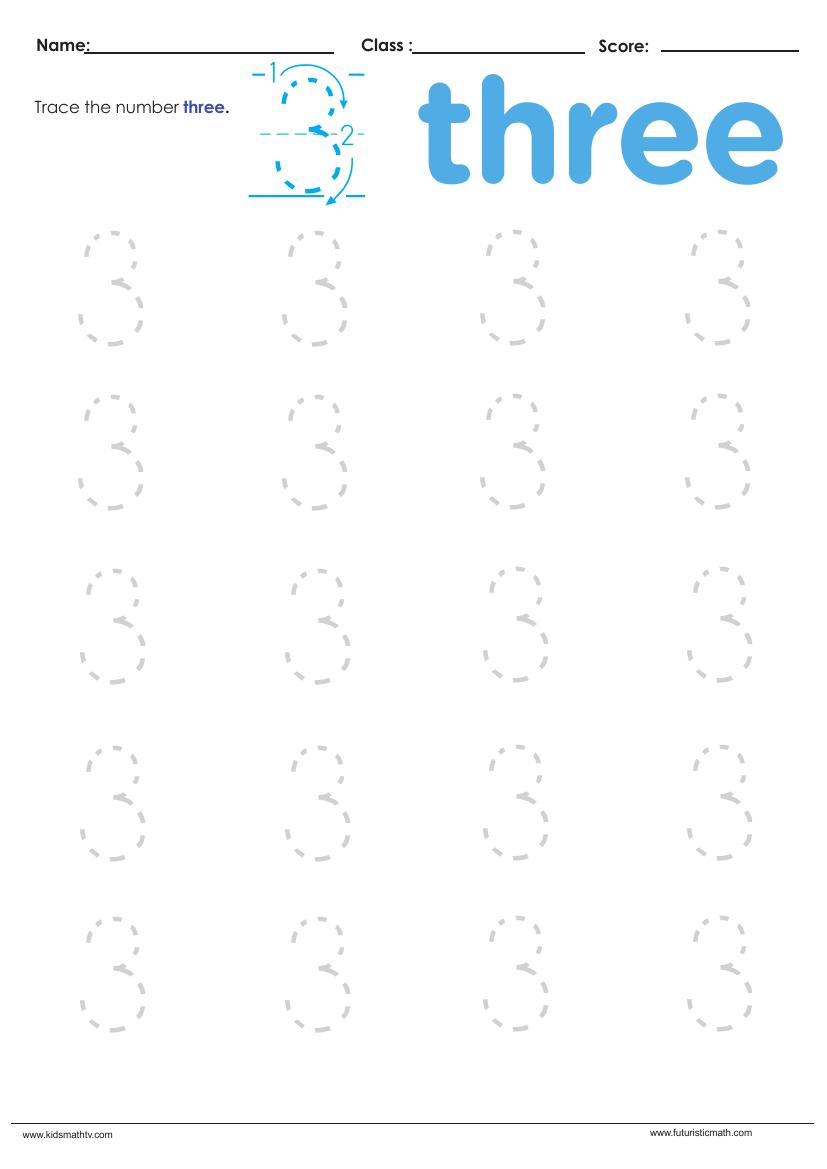 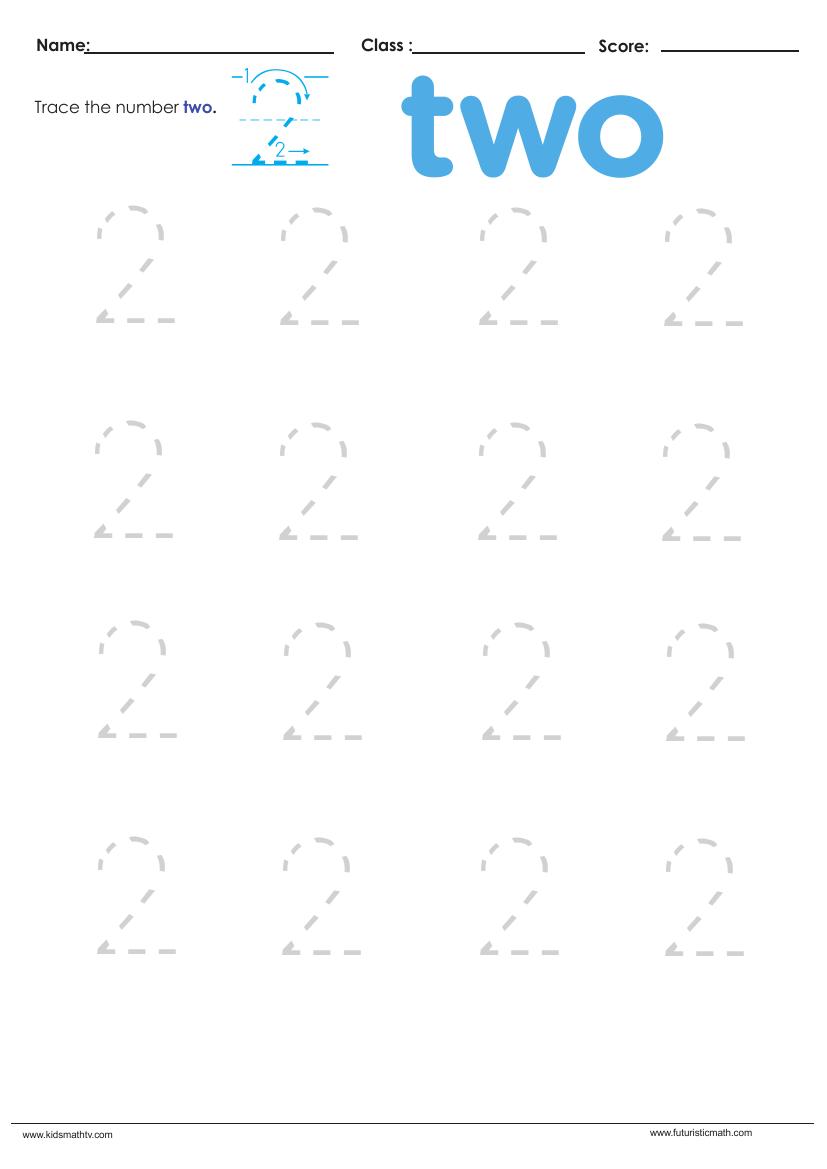 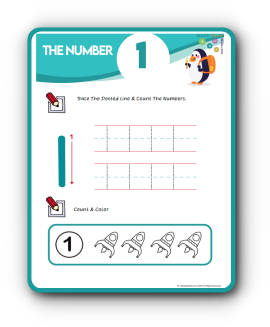 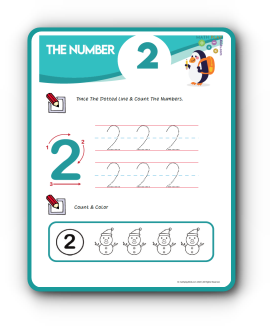 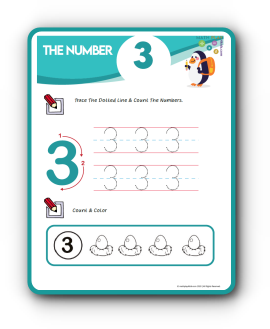 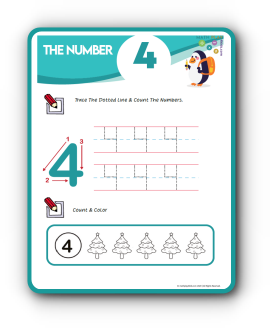 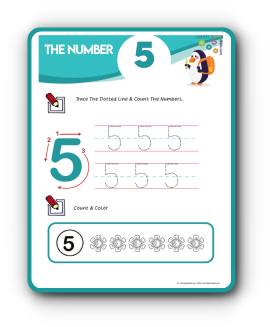 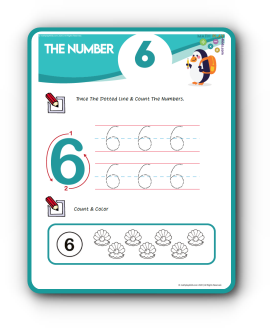 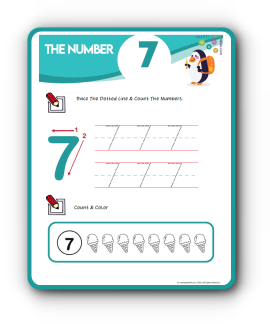 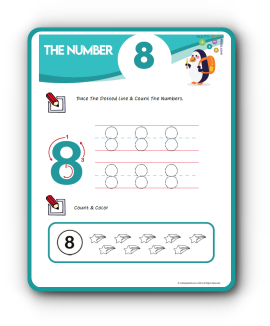 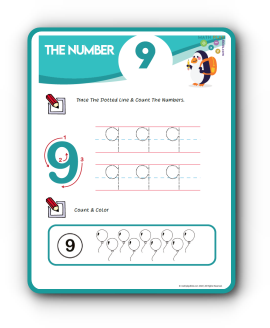 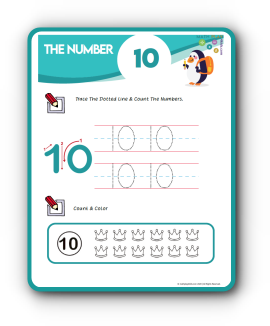 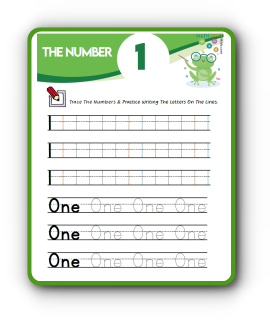 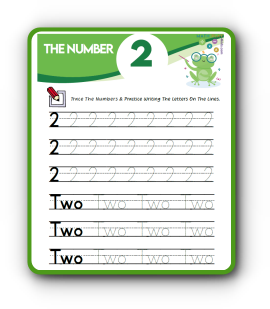 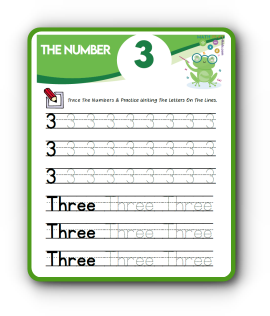 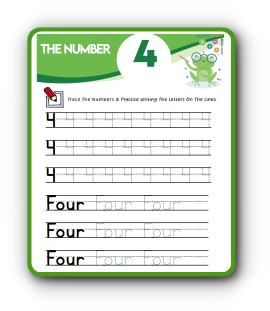 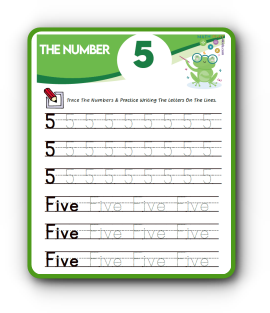 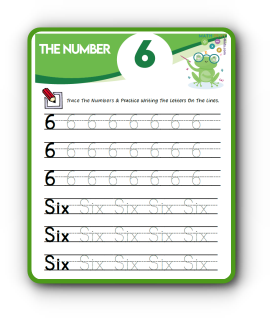 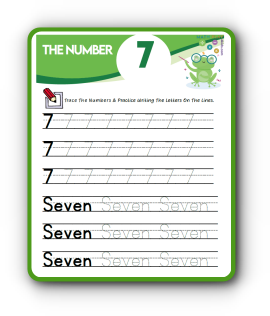 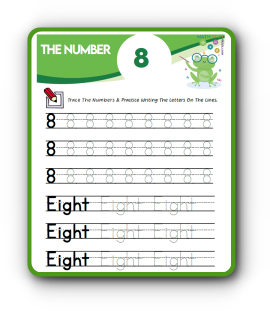 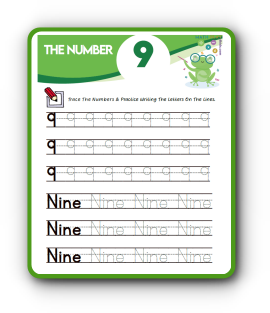 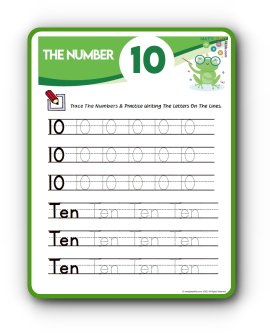 Number tracing math worksheets are a valuable tool for young children as they learn to recognize and write numbers. These worksheets typically include a series of numbered lines or dots, and the child is asked to trace over the numbers with a pencil or marker. This helps children develop their fine motor skills, as well as their understanding of the written form of numbers.

There are many benefits to using number tracing math worksheets with young children. One of the most significant benefits is that they help children learn to recognize and write numbers. Children who are just learning to write numbers often struggle with forming the correct strokes and keeping their letters within the lines. Number tracing worksheets provide a clear example of the correct way to write each number, which can help children develop their writing skills.

In addition to helping children learn to write numbers, number tracing math worksheets can also be used to teach counting skills. Many number tracing worksheets include pictures or objects that correspond to the numbers being traced. For example, a worksheet may include a picture of one apple for the number 1, two apples for the number 2, and so on. This can help children learn to count objects and associate numbers with quantities.

There are many different types of number tracing math worksheets available for children of different ages and ability levels. Some worksheets are designed for very young children and include simple, large numbers that are easy to trace. Others are more challenging and include smaller, more detailed numbers. Some worksheets are designed to be used with a particular math concept, such as counting or addition, while others are more general in nature.

One of the great things about number tracing math worksheets is that they can be used in a variety of settings. They can be used at home, in the classroom, or as part of a math program at a learning center or after-school program. They can also be used as a supplement to a more structured math curriculum, or as a standalone activity.

In order to get the most benefit from number tracing math worksheets, it is important to use them regularly and consistently. Children who practice tracing numbers on a regular basis will develop a stronger understanding of the written form of numbers and will be more likely to retain this knowledge over time. It is also important to vary the types of worksheets that children use, as this can help keep them engaged and interested in learning.

When using number tracing math worksheets with children, it is important to provide plenty of positive reinforcement and encouragement. Children who feel successful and proud of their work are more likely to be motivated to continue learning and practicing. It is also important to be patient and to provide children with the support and guidance they need to succeed.

Overall, number tracing math worksheets are a valuable tool for helping children learn to recognize and write numbers. These worksheets can be used in a variety of settings and can be tailored to meet the needs and abilities of children of different ages. By using number tracing math worksheets regularly and consistently, and by providing children with plenty of positive reinforcement and support, parents and educators can help children develop a strong foundation in math and set them up for success in school and beyond

Handwriting may be a difficult thing for some kids because straightening of hands may be a hard thing to do. Tracing numbers will help improve the handwriting of kids. In doing this, the teachers have a lot of work to do because most of the kids may need the attention of their teacher to write well. Tracing of numbers is best done on the worksheet. Below are some of the basic numbers that will help improve the kids’ handwriting:

Tracing Number Eight – Tracing of number eight is very important in improving kid’s handwriting. Number 8 may look technical in writing and it will help in writing technical words. “8” consist of double “0” placed on each other. Kids must be guided well to make this work well.
Tracing Number Five – Number 5 may not be as hard to write as number 8. Once a kid can write figure 8 very well, he should be able to write number 5 very well.

The teacher should make use of several methods to help the kids trace this number well.
Tracing Number Four – Tracing of number four is very easy to do – this can be easily done by kids by writing letter “L” first and crossing it with a single vertical line.
Tracing Number Nine – Number nine (9) is easy to write. To write this in a very simple way, allow the kids to write “0” first and then put a vertical line in the front of the “0”. If there are any other methods, the teacher should let the kids understand them.

Tracing Number One – Everybody can write “1”. One is a very simple number to trace since it is just a single vertical mark. Though simple, kids must be guided well.
Tracing Number Seven – Kids must be able to trace number seven very well with the help of their teacher. Number seven is easy to trace by kids after few examples.

Tracing Number Two – Tracing number two may be as difficult as tracing number three but this may be easily done with the help of their teachers. When the teacher found out that any of his kids are having a problem, he or she may be attended to gently. Free Tracing Numbers Worksheets 1 to 10 pdf, Learn to write numbers with these free math tracing number worksheets. Download free pdf worksheet and start tracing numbers, preschool, kindergarten, 1st, 2nd grades. The last part of this page goes a step further, by teaching children not only how to trace numbers form one to ten.