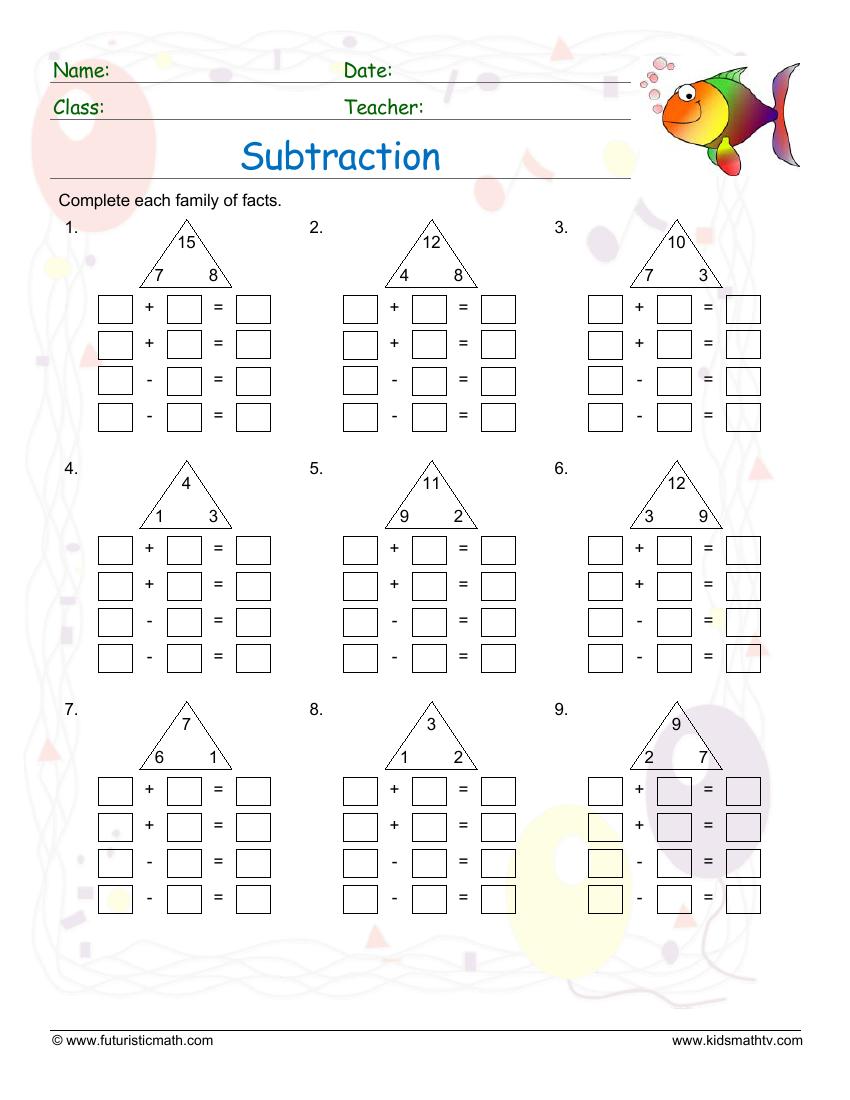 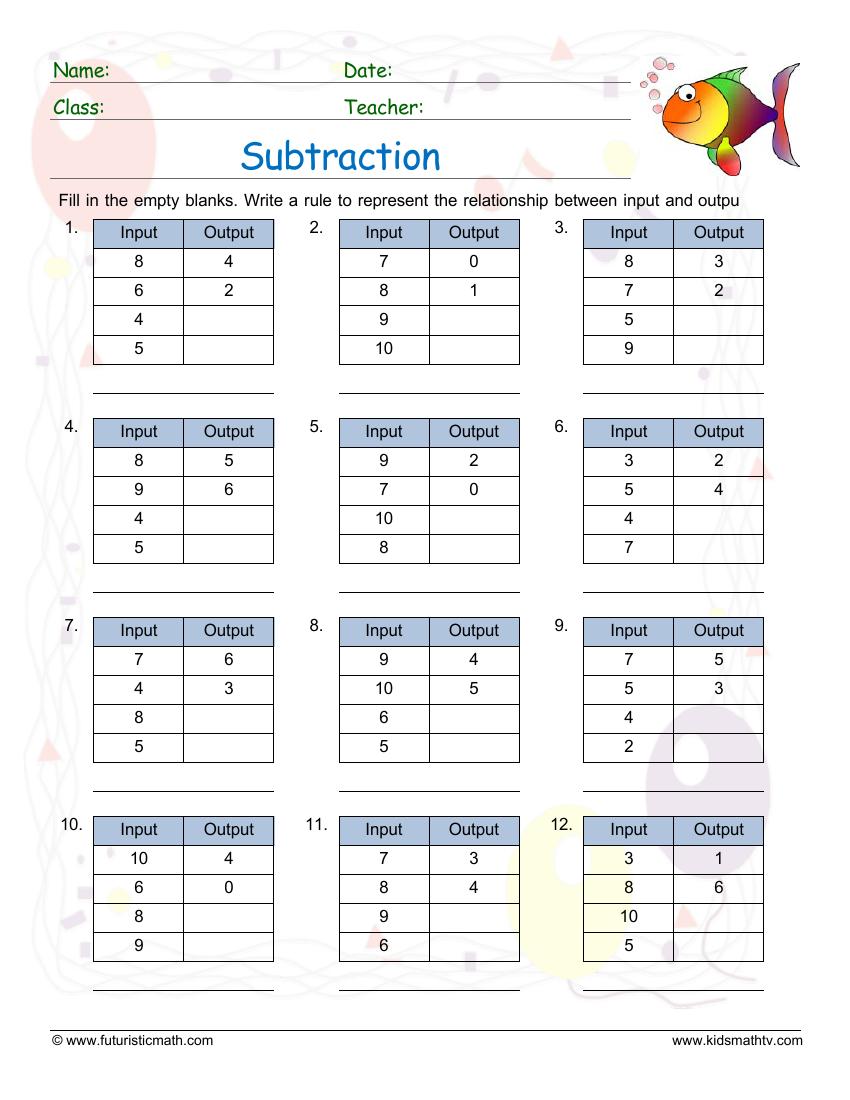 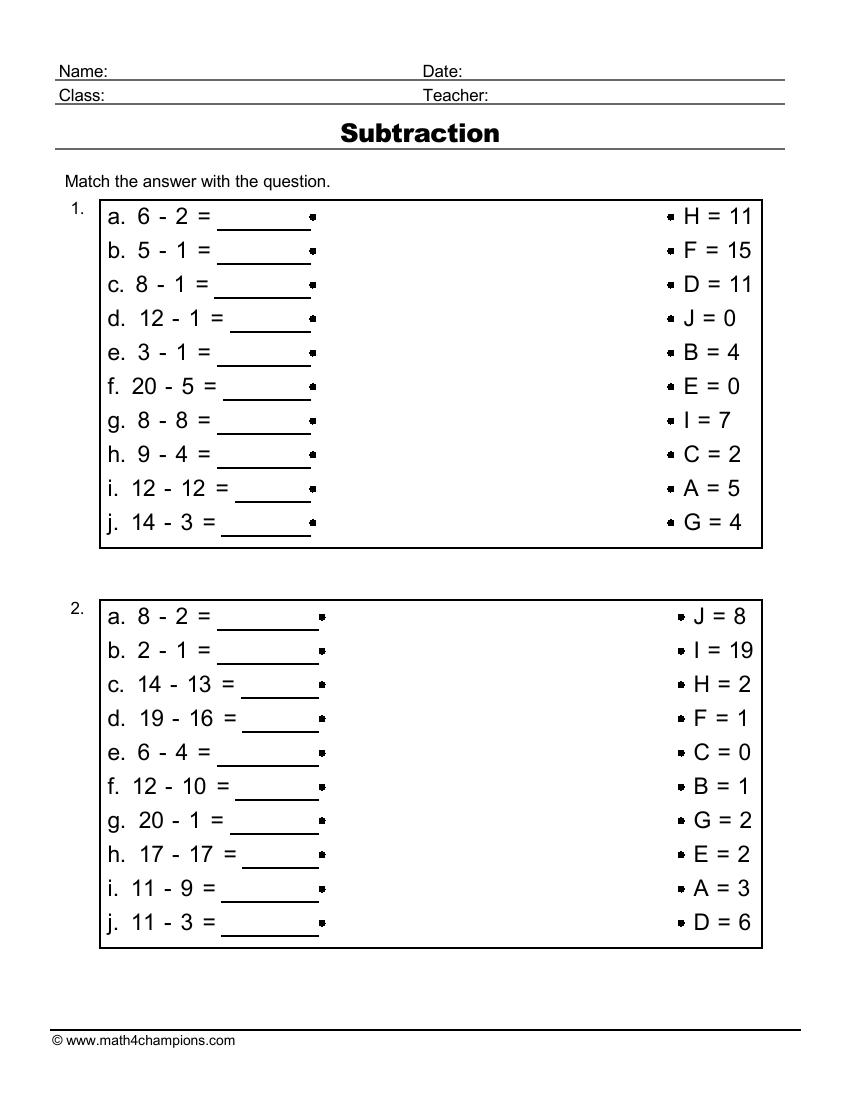 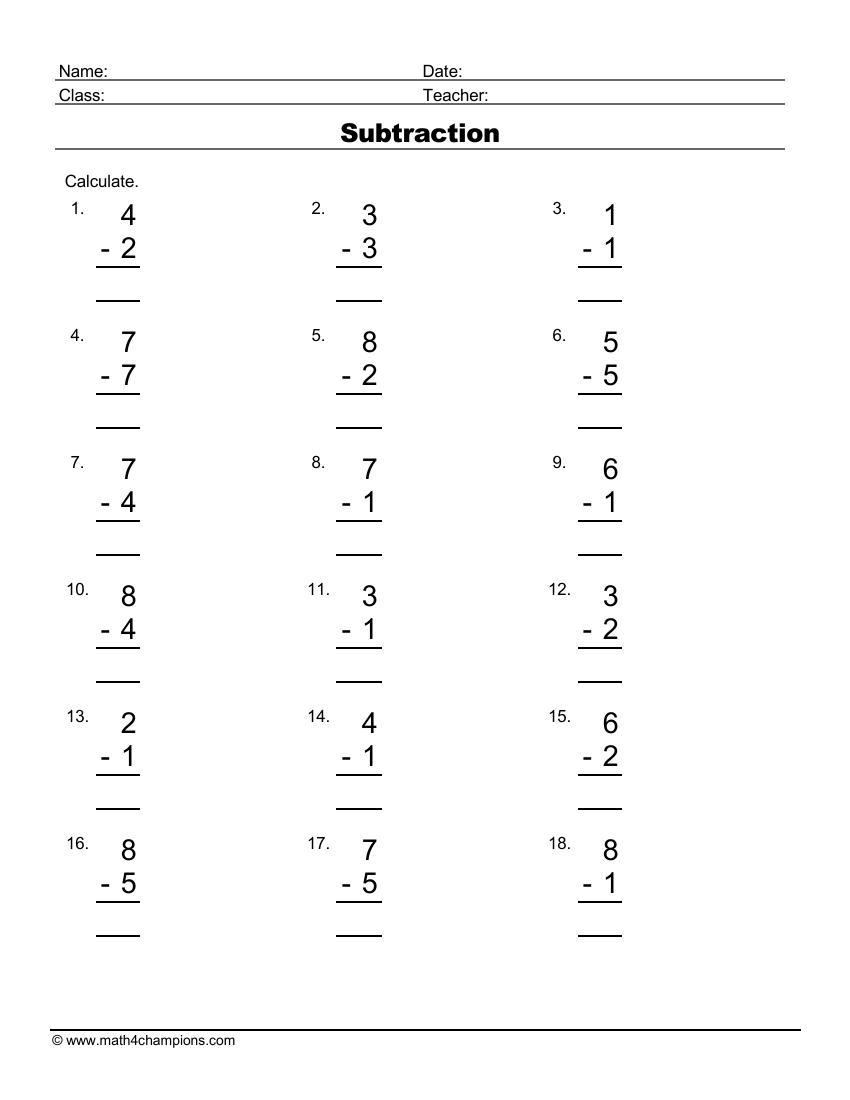 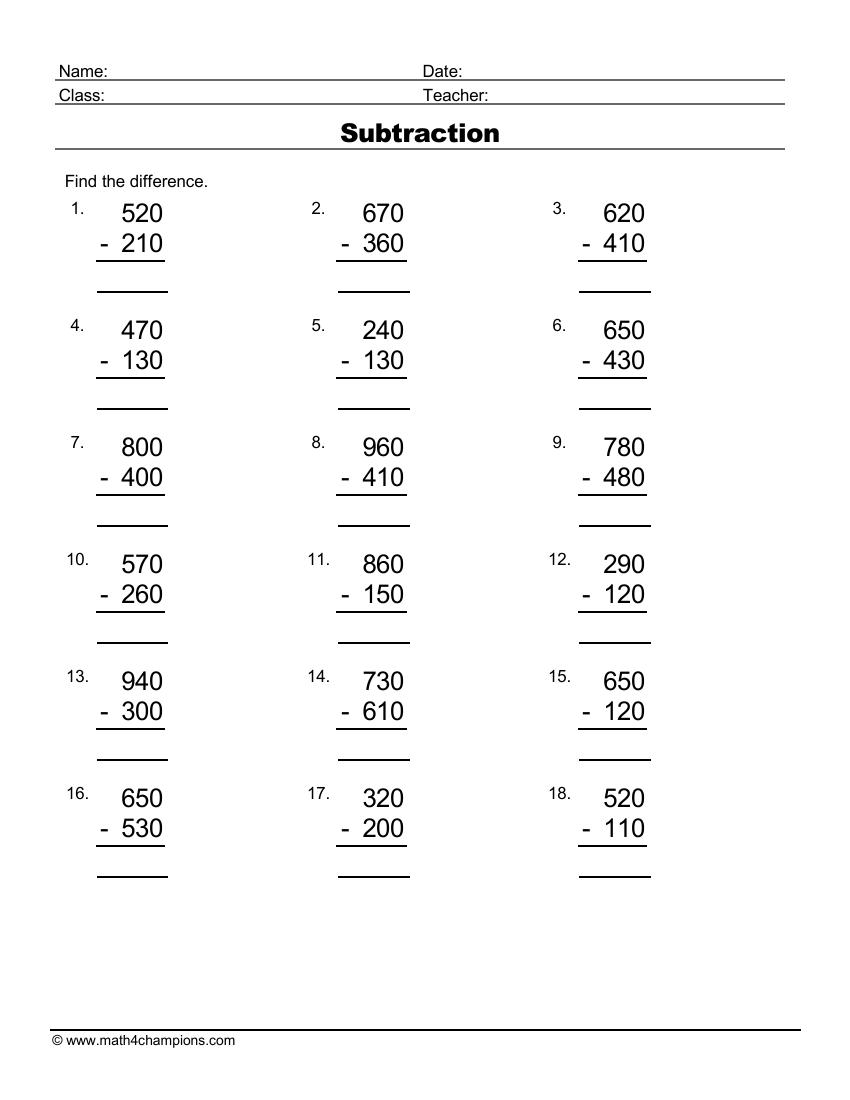 Subtraction Of Three Digit Numbers With No Regrouping 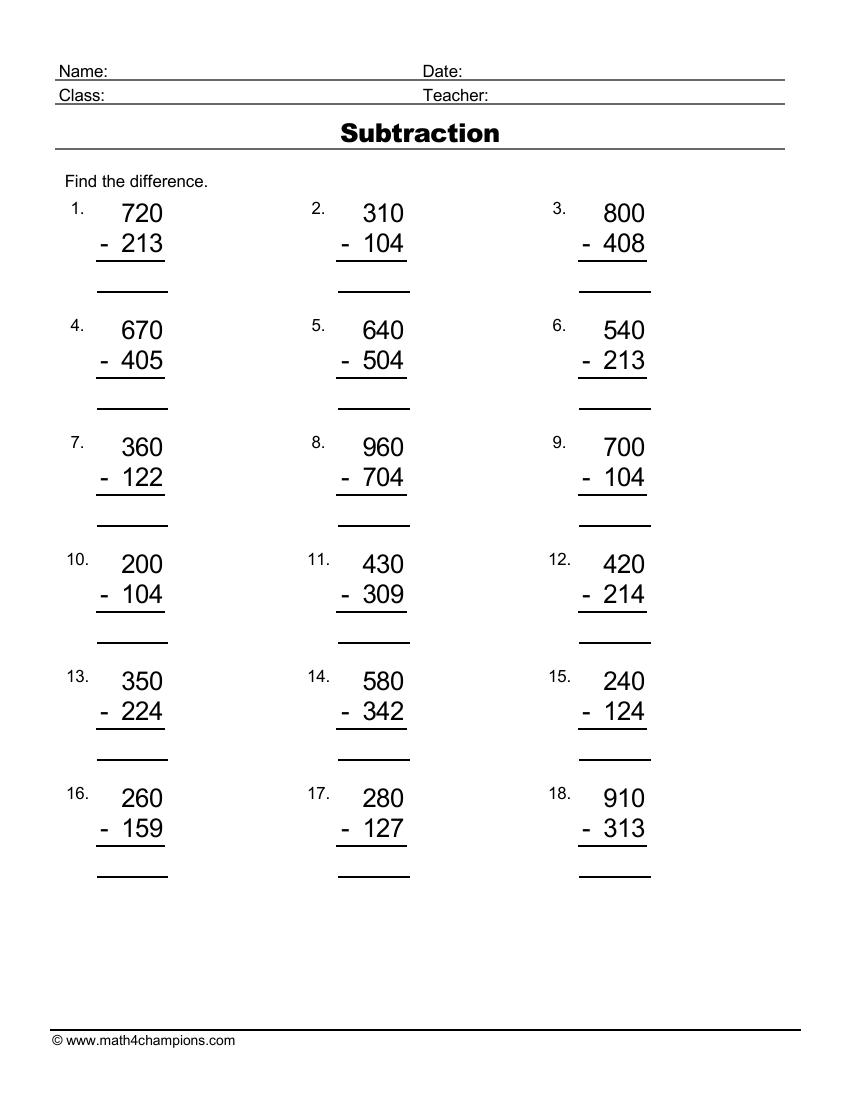 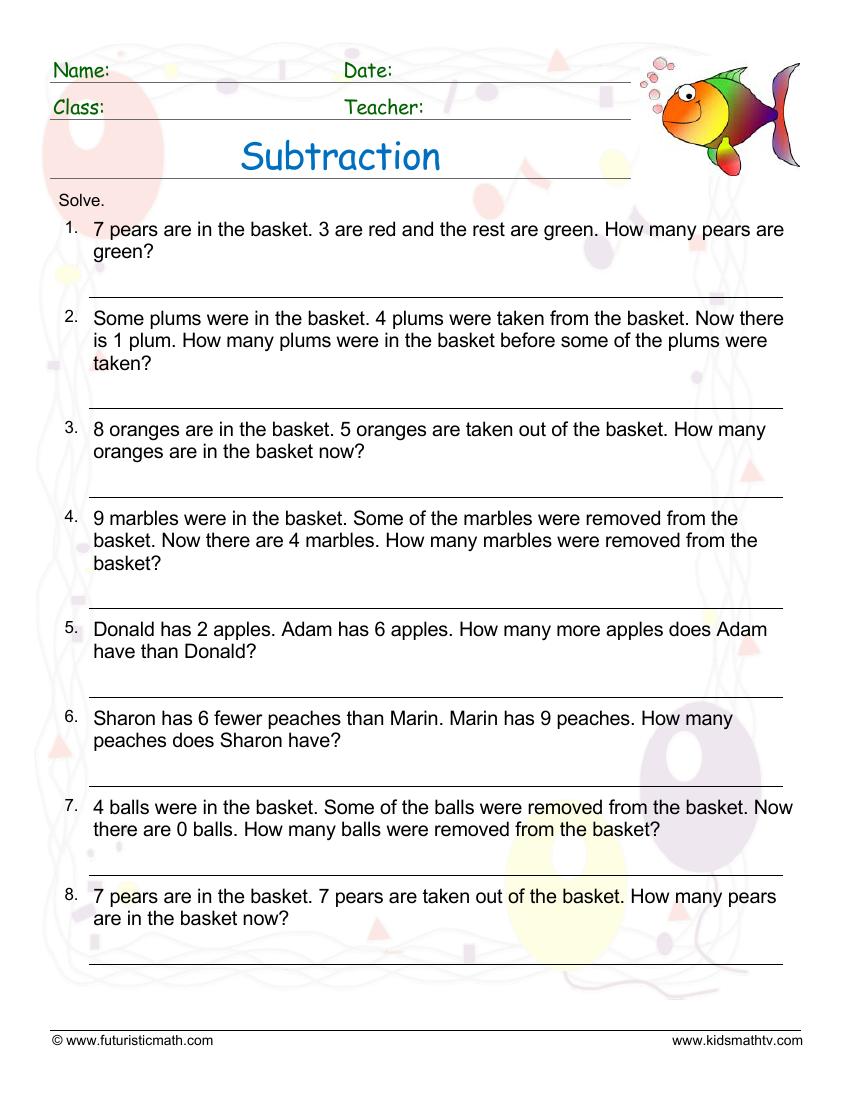 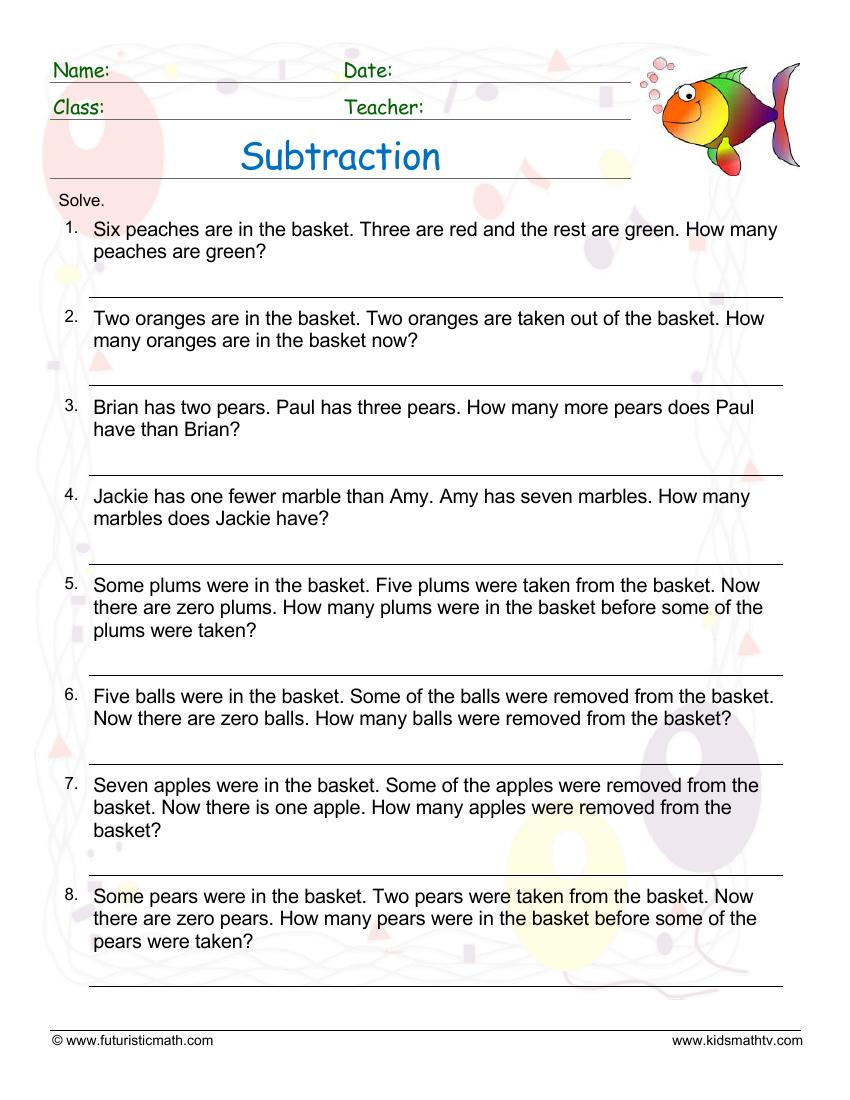 This worksheet deals with topics that are mainly to boost the subtraction memory of kids. Subtraction is the taking away of numbers from the other (this can be from the smaller number to larger numbers or from larger numbers to lower number). To make this easy for the kids, there are some sections in this worksheet which will help both the kids and the teachers. Below are some of them:
Basic subtraction exercise – These exercises include simple subtraction exercises that kids will just have to count the bigger one and remove the smaller number from it. It is very simple to calculate.
Subtraction and addition fact families – This is a triangle of numbers that kids have to select two numbers from. These numbers can be added or subtracted from each other to give the third number. This may not be possible with just subtraction and that is why addition is included.
Subtraction input output tables – This section has a table with both the input and the output columns. The input column is filled with numbers which will be used to get the output numbers. This can be made easy with the help of their teachers.
Subtraction match up exercise – This has a group of subtraction exercises which is meant for the kids to work on. When they are through with the subtraction exercise, they will then have to match it up with the group of answers listed on the other part.
Subtraction of single digit numbers – This is one of the simplest forms of subtraction. Kids will be asked to count the top numbers and remove the numbers below them to get the answers.
Subtraction of three digit numbers with no regrouping – This form of subtraction is simple. It is just like the subtraction of the single digit numbers. But in this case, the numbers are in three digits with the numbers above larger than or equal to the numbers below.
Subtraction of three digit numbers with regrouping – This is quite different from the above exercise in that the numbers above may be smaller than the numbers below. In this case, the kids require the help of their teachers. Teachers must teach them how to go about this calculation. It is easy to do with the help of teachers.
Subtraction word problem 1 and 2 – These questions are based on the real-life situations. Students will be asked to explain what this means. After the explanation, kids will be asked to solve the questions accordingly. Teachers must be of help here because it may seem new to kids.
Subtraction Math Worksheets pdf printable, Subtraction Math Worksheets for different grades, 1st, 2nd, 3rd, 4th, 5th, 6th, 7th grades, subtract with or without regrouping, subtraction word problems, subtract with pictures, subtract large numbers, subtract decimals